Turner Oosterbaan recognized as Rotary Student of the Month 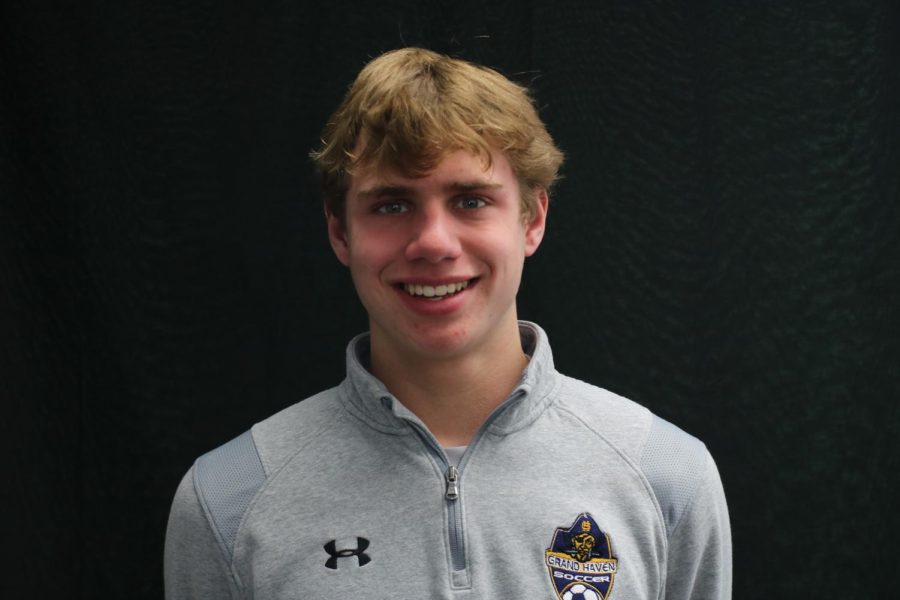 Senior Turner Oosterbaan was honored as February Rotary Student of the Month. He was chosen for his leadership skills and academic excellence. Oosterbaan was surprised when he found out he had received the award.

“I was excited and I was happy to receive this award,” Oosterbaan said. “I had seen some of my peers get it and they talked about how much it meant to them. So, I was looking forward to getting the experience”

Typically, the Rotary Students of the Month are invited to a luncheon. However, because of COVID-19 restrictions the ceremony was held virtually through a Zoom call. Although Oosterbaan did not get the typical experience, he enjoyed being part of the meeting.

“Even though I missed out on the luncheon event, I still felt like I was recognized for the award,” Oosterbaan said. “It was nice to see everyone that was a part of the Rotary Club. I didn’t know that the club was so extensive into the Grand Haven community. I was excited to see some familiar faces that I had known growing up and that I now know are part of something bigger.”

Oosterbaan was asked to choose a person of significance to accompany him on the call. He chose English teacher Angel Dean.

“I brought along Mrs. Dean because, to be honest, when I came to the high school I was a little unsure whether or not we would get along,” Oosterbaan said. “Towards the end we developed an appreciation for each other and it helped me learn as a student and as a person overall.”

Oosterbaan was grateful to be recognized by the Rotary Club. He learned a lot from the experience and had many takeaways.

“I learned that you can definitely get along with other people regardless of age differences,” Oosterbaan said. “When I got on to the meeting, there were a bunch of older citizens that I wasn’t sure would quite understand what I was talking about sometimes. But, they all seem to be really interested in what I had to say and encouraged me to speak. It was nice to see that there was engagement from various age groups. I was able to talk to people that I normally wouldn’t have spoken to because of the different age gaps.”