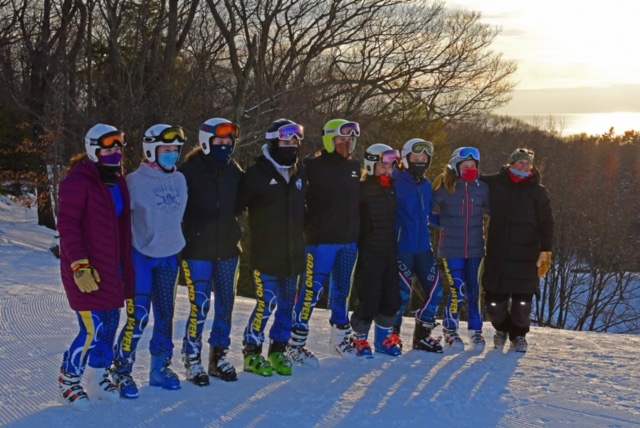 Photo given by Sydney Plath

The Grand Haven girls ski team ranked first in Division 1 Academic All-State. The team’s overall GPA is 3.8773, they had the best cumulative GPA out of all the varsity ski teams in Division 1.

“We were excited to find out that we were first in the state for academics,” sophomore and captain Sydney Plath said. “Especially based on the competition we were up against.”

The next step for the team is to qualify for states next year. They have to be one of the top three teams at regionals out of 12 schools.

“One challenge this season was competing with tough schools that are also in Division 1,” Plath said. “Since everyone works hard, we have to push ourselves that much more to be better.”

This award wouldn’t have been accomplished without the teamwork and participation of each player.

“I enjoy the atmosphere of the team,” Junior and captain Kate Kendall said. “Whether we’re at practice or a race, everyone encourages one another and we all push each other to do our best.”