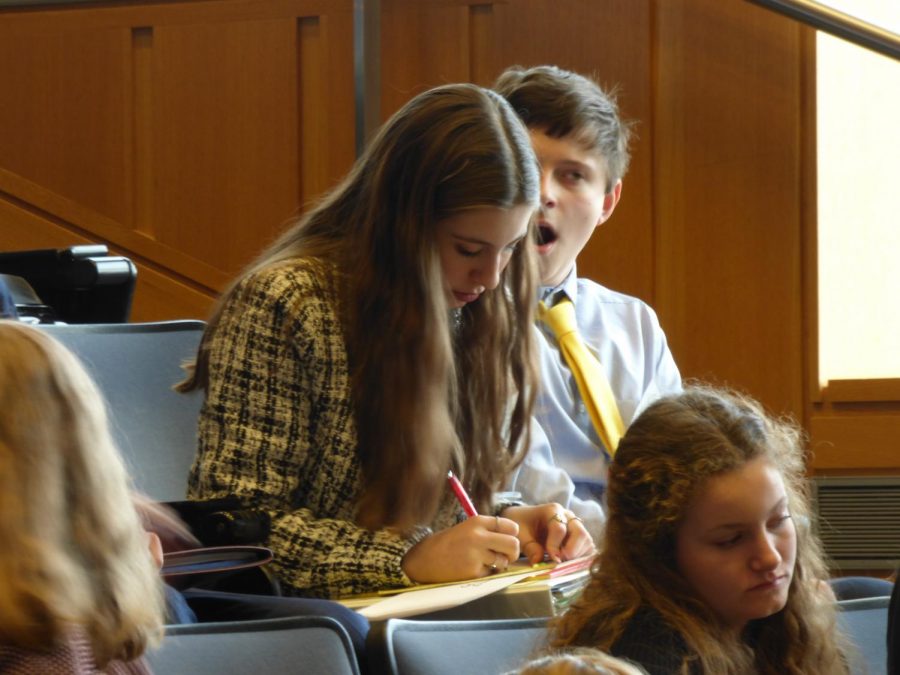 Scott at last year's Model UN conference at the University of Michigan in Ann Arbor, Michigan. "Normally there would be different events or meals with your teammates, but it was still fun," Scott said.

Senior Gabby Scott placed first in her committee as best delegate at the University of Michigan Conference for Model UN Feb. 20-21. Scott was a part of the Security Council representing China.

“I was really excited and honestly really humbled to be acknowledged and receive the award,” Scott said.

“I’ve placed at this particular conference before, but this my first time [placing] first,” Scott said. “It essentially means you deserve the best in the committee in terms of debate compromise and staying in character.”

Normally the conference takes place at the University of Michigan, but due to COVID-19, it was virtual. The conference was also cut down to two days instead of the normal four.

“It kind of took away the social aspect of the conference, but it was still super fun to be able to meet people,” Scott said.