Michael MacDonald recognized as Rotary Student of the Month 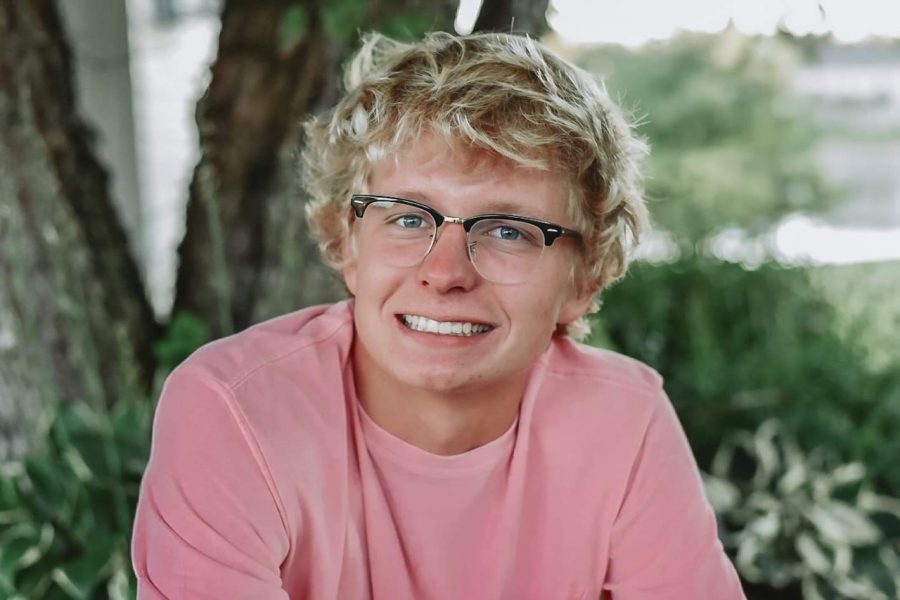 Senior Michael MacDonald was honored as March Rotary Student of the Month. He was chosen for his leadership skills and academic excellence. MacDonald was excited when he found out that he had received the award.

“When I received the award, I felt grateful to be a part of the group of students that had already received it, and those who would receive it in the future,” MacDonald said. “Our graduating class has many bright and academically competitive students, and I am honored to have been placed among them.”

Typically, Rotary Students of the Month are invited to attend a luncheon. However, due to the current COVID-19 situation, the meeting was held virtually through a Zoom meeting. Although MacDonald did not get the typical experience, he enjoyed meeting new people.

“Although we weren’t able to get together over a plate of food, it was nice to be recognized and to converse with members of our community,” Macdonald said.

MacDonald was asked to choose a person of significance to accompany him on the call.  He chose orchestra teacher Melissa Meyers.

“Mrs. Meyers has been my orchestra teacher and conductor for the past four years,” MacDonald said. “I have known her since 5th grade, and have always enjoyed talking with her about college football, basketball, and anything else that may have came up over the past four years.”

MacDondald was grateful to be recognized by the Rotary Club and learned a lot from the experience.

“One thing I learned is the value of your community,” MacDonald said. “During the meeting I was able to hear perspectives from every side of the spectrum within Grand Haven. It helped me realize the importance of being involved and active within your communities.”