‘drivers license’ becomes hit for more reasons than one 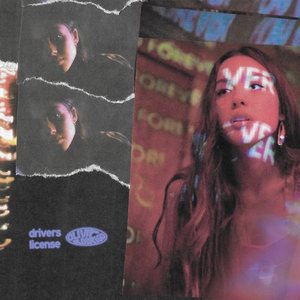 As a teen, I need to have playlists for every situation. I usually rotate through rap and hip-hop, but recently my mix has been interrupted. My new favorite song is called “Drivers License” by Olivia Rodrigo. I’ve been hooked from the first listen. Rodrigo whisks up the audience and takes them along the story of her break up. Although my attempts at singing are nothing compared to her soothing voice, Rodrigo’s new song has proven worthy of full blast on late night drives.

Released on Jan. 8, “Driver’s License” is Rodrigo’s debut single. Only two days later, (after I had listened to it 500 times), it reached the number one song in the world.

Rodrigo is best known for starring on Disney Channels “High School Musical: The Musical,” where she plays Nini Salazar-Roberts, a talented songwriter and actress. She is the staple of its soundtrack, including certified gold hit, “All I Want.”

Fans are so apt to listen to her work because of her unique voice and witty lyrics. Rodrigo has a large range of musical talent. One minute her voice is buttery and smooth, the next she is belting high notes and doing long runs. And at only the age of 17, the versatility of her voice is more than impressive.

Her newest song has achieved such early success not only because of it’s beautiful vocals and catchy tune, but because fans (including myself) are emotionally invested in the drama surrounding it.

Joshua Bassett, her co-star, plays her love interest on television. The pair have had a rumored real life romance as well. Many lyrics in “driver’s license” suggest it was a ballad about their failed relationship. Rodrigo has previously acknowledged that it was Bassett who taught her to drive, which leaves fans wondering if the song could really be about him.

Some of the lyrics that support the conspiracy include; “Red lights, stop signs, I still see your face in the white cars” and “You’re probably with that blonde girl…. She’s so much older than me”. Joshua Bassett drives a white car, and he’s been spotted on dates with another Disney star, Sabrina Carpenter, who happens to be blonde and 4 years older than Rodrgio.

To support the conspiracy, Bassett has announced dropping a song, titled “Lie lie lie” on January 14, less than a week after her’s. Pictures on his Instagram advertising the song show him posing in front of a car. Sound familiar?

If the drama isn’t just a big PR stunt, fans wonder if the on stage chemistry will remain the same between Rodrigo and Bassett in the second season of HSMTM.

The rumours sure are interesting. But what fans and critics should be focusing on is Rodrigo’s talent at such a young age. With a bright future ahead of her, she might just be the world’s next Taylor Swift.

Since I’ve been watching Rodrigo on tv since I was a kid, I’m so thrilled she is finally getting the hype she deserves. I can’t wait to see what other musical masterpieces she will release, and admittedly, how the drama unfolds.