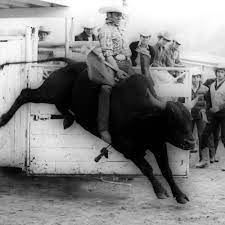 Phoebe Bridgers is currently on tour in support of Punisher, the album that was released in 2020. She released her new single, “Sidelines,” shortly after the trailer for Conversations with Friends, a new show on Hulu that is the adaptation of Sally Rooney’s novel.

“Sidelines” starts off with a quiet keyboard, easing its way into Phoebe Bridgers’ angelic voice. A minute in the song starts to pick up, and heavy drums join into the background and are matched with a crescendo of her voice as she gets into the chorus.

Her other music includes soft instrumentals and melancholy lyrics, as she strays from her norm, this makes “Sidelines” stick out like a sore thumb.

All of Bridgers’ music has a common lyrical pattern. Whether it’s a story she’s telling or a progression of character, she finds a way to incorporate this in her lyrics. The drifting keys and subtle vocals are nothing new for Bridgers, but something that listeners don’t normally hear from her is the electronic sound heard in her new single.

The warm Wurlitzer chords circle around the whole 4 minutes and 24 seconds of “Sidelines.”

Bridgers’ voice sails across the track saying “Watch the world from the sidelines. Had nothing to prove. ‘Till you came into my life. Gave me something to lose.”

Meaning that before she met the addresse she felt like she had been watching the world from the sidelines, unafraid of life. After she had met this person she realized that there’s more to life and love, and the fear of losing her loved one sunk in.

Her lyrics tell the story of her current relationship with actor Paul Mescal, who starred in the show “Normal People ” an adaptation of Sally Rooney’s novel. Both Mescal and Bridgers announced their engagement this month.

Phoebe’s music is similar to other artists like Bon Iver or Lucy Dacus. Both utilize music to give listeners a deeper meaning and an appreciation for sorrowful music that lets people express their emotions.

Connecting with artists through music and deeper emotions is what draws in different demographics of people, which is what makes these artists so likable.

“Sidelines” strays from the more traditional music style we hear from Bridgers, with the incorporation of electronic sounds.

Personally, I can see these new sounds being the beginning of a new chapter for Phoebe Bridgers as she tests out the waters of different music. I doubt she will lose her meaningful lyrics and it would be cool to see her shift her sound and branch out instrumentally, however, if I’m going to listen to a song of hers I wouldn’t listen to “Sidelines.”

I applaud her attempts to diversify her sound, but I feel as though her melancholy lyrics and instrumental are a trademark and this new single is so out of the blue it doesn’t work for her.

At the end of the day, “Sidelines’ ‘ and its new sounds stick out unevenly in the ocean of Phoebe Bridgers’ songs. The current flow of melancholia that is Bridgers music, is interrupted by this unusual outlier that’s definitely an acquired taste for many.