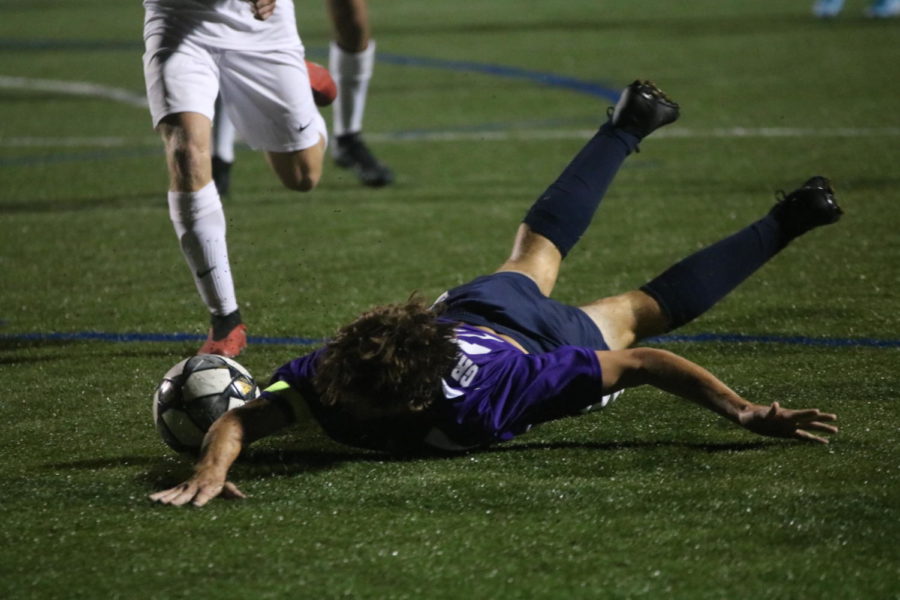 The Boys soccer team put up a fight at their annual Bucs Pride purple game against Grandville. The ball went back and forth till the second half and ended the intense match with a tie.

The Bucs’ tie changes their record to 5-3-4 and keeps them at fourth in the O-K Red Conference. It also facilitates the theory that they are playing better away than at home, as they are 4-1 on the road.

Making the sole goal of the game, senior Jaden King took a penalty shot in the second half. The Bucs’ hope was revived after that shot set them ahead.

Additionally, junior Charlie Van Singel carried the ball down the field throughout the game. His skills as a midfielder became important during the game, the constant turnovers created a need for strong defence, and offence.

“Yeah I thought we played well,” junior Emarrean Banks said. “The ball was in their hands the majority of the game but the team just had some defense errors to fix and we need more shots off.”