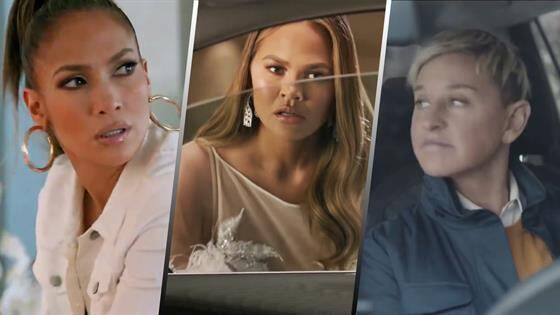 Without every directly going at humor, Bud Light does it subtly as they show what the inside of Post Malone’s brain is thinking. The thoughts themselves are comical, but the true laughter comes when his inner thoughts look exactly like him. On the outside, Malone dismantles a convenience store as his brain tries to decide what drink to buy. Grade: A-

Jason Mamoa (a.k.a. “Aquaman”) stars in this commercial for Rocket Mortgage where he is revealed to be not as muscular or good-looking as advertised. The real humor comes at the end after the product is advertised, where Mamoa is not able to lift the bar. Shout out to Quicken Loans’ special effects team. Grade: A-

This is my dark horse of all the commercials, only because one has to understand the social dynamics of high-end parties. Each of the stereotypes that Chrissy Teigen hits on ring true for the duration of the ad. In fact, the “guy who leans on everybody” reminds of me fellow Blade staffer Nick Twa. Not to mention, John Legen’s subtle nod to his “Sexiest Man Alive” honor is sure to produce a chuckle. Grade: Low A

Often times, historical references can turn out dry but Amazon nails another Super Bowl ad per usual. Ellen DeGeneres serves as the protagonist who poses the question “what did people do before Alexa?” Cue a montage of different global eras and different communication systems, and then maybe you’ll find the answer. Of course, not without a good laugh first. Grade: High A

Reeses, a corporation that doesn’t normally make a statement in the big game, takes my cake for the best Super Bowl ad this year. By using commonplace sayings and then acting them out in actuality, they are able to make a relatable commercial for all ages. My personal favorite is at the end, where they don’t outright say it (a little explicit for national television) but a person’s head is in their buttocks. Grade: High A