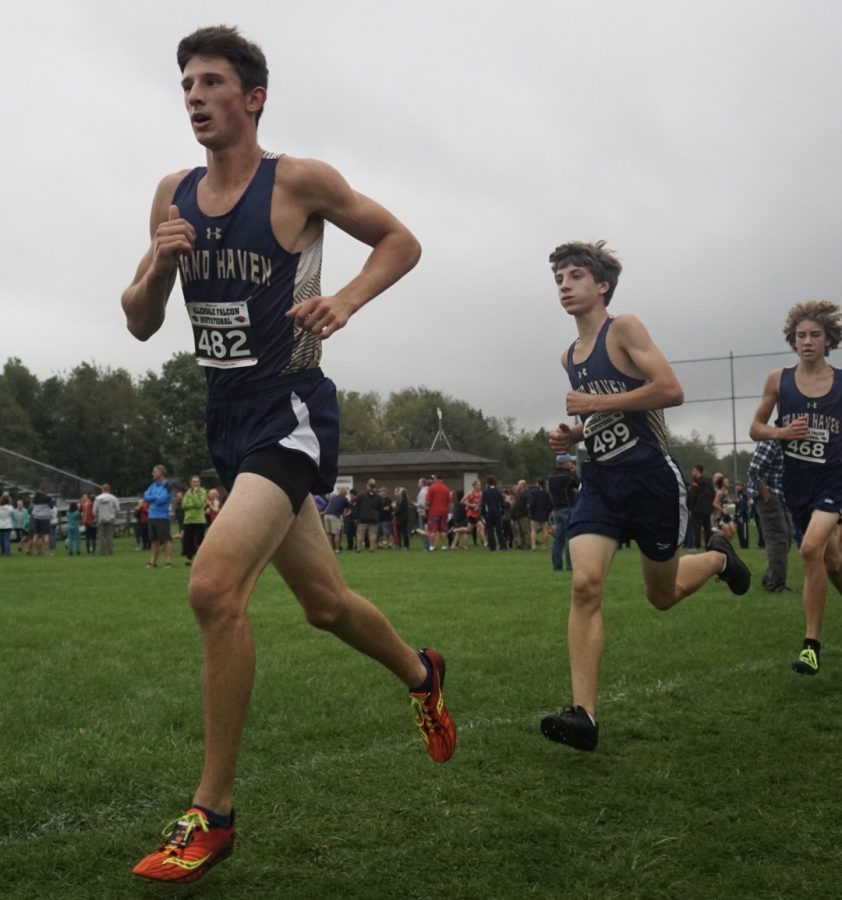 Senior Carter Larned leads a pack of buccaneer runners in a cross country meet. This year, he would've been a team captain on the boys track team.

Grand Haven’s senior captains, Carter Larned and Maddie Nunn each had their own input on what they thought about MHSAA canceling their senior season.

“I was upset because it was my senior year and I had a lot of goals set for this year,” Larned said.

Both Larned and Nunn recounted the difficulties not running and participating has had on them.

“The most difficult part is knowing that I was at a high-point in my track career and I got cut short,” Nunn said. “Not being able to reach the goals my coaches and I set is hard too.”

“Make sure that you include everyone, it doesn’t matter how young or how old or how immature they are,” Larned said.

“Team bonding,” Nunn said. “I feel like this doesn’t happen enough and there needs to be more of it.”

Even though Larned and Nunn can’t run their sport, they both have bigger plans post-pandemic.

“If I have time in the summer, I’d like to run with the boys as much as possible or at least just chill,” Larned said.

While Larned has a more vogue idea of what he wants to do with his teams, Nunn has her team gathering all planned.

“We have a whole sleepover planned,” Nunn said. “We are definitely going to be hanging out as much as possible and we will most likely go on runs.”