Who is the true champion of the state of Michigan in college hoops? This is a question we’ve all been asking ourselves this season. It’s been a boxing match in the Big ten race and the two top teams have an opportunity to deliver the knockout punch this Sunday afternoon. in one corner you have the Spartan Dawgs of East Lansing, a powerhouse team full of next level athletes such as Cassius Winston, Nick Ward, and Xavier Tillman. They come into this game holding a 22-5 overall record (13-3 in Big Ten).  In the other corner you have the Maize and Blue faithful, the victors valiant! The Wolverines of Ann Arbor enter this game with a 24-3 overall record (14-3 in Big Ten) and are a vicious team in multiple areas on the floor. They are ranked 3rd in the country in points allowed per game and have multiple scoring outlets in players like Jordan Poole, Jon Teske, Charles Matthews and freshman super star Ignas Brazdeikis.

My opinion on who’s coming out victorious you ask? Easy. Michigan. With home court advantage, the environment at the Crisler Center is going to be damaging to the Spartans as Michigan is unbeaten at home this season, but that is definitely not the defining factor behind my decision. What’s going to win this game is athleticism. As cliche as it sounds, the team that performs the best and comes ready to play will take this one.

Both teams have depth. In order to win this game, the teams will need to play as a combined force, one man alone cannot dethrone any of these powerhouse squads.

In my opinion, Michigan has the advantage in this aspect. You look at players like Center Jon Teske, the Big Ten leader in blocks. This guy has shown he can play excellent basketball in every area of the court, knocking down clutch three pointers, scoring points in the paint and being able to rebound the basketball. Can you name any other 7’1 center who can shoot the three ball? This man is a game changer and it is truly remarkable how much he has developed as a player in the last year and he is only getting more and more lethal as the season progresses.

Another key player for the Wolverines is guard, Jordan Poole. Poole is easily the most consistent three point shooter on the team. This is the man you want with the ball in his hands when it comes down to the final two minutes, his iconic step back three ball is a dagger for opponents and is a big momentum booster for the team. I am projecting him to have a big game Sunday.

Other athletes such as Charles Matthews, Ignas Brazdeikis and Zavier Simpson all have been huge assets in the success of the Wolverines this season. From Matthews’ pull up jump shot to Simpson’s sky hook over defenders, every athlete on this Michigan team has their own unique flair they bring to the table each and every game. The difference maker being, this team plays as a combined dominant force better than any other team in the Big Ten.

Michigan’s dominant defense, multiple ways to score points, and the home court advantage will help them prevail and claim victory over Spartans.

How do you sum up a rivalry? Leaving it all out on the court to make the opponent despise you even more than they already do. Not many rivalries does this better than Michigan versus Michigan State. This season is no different.

These rankings are great and all, but how has the season gone so far for the Spartans?

Head coach Tom Izzo likes to start off the season tough, this year was no exception. The squad took on the Kansas Jayhawks and the difficulty continued in tournaments such as the Las Vegas Invitational and conference play.

A recent three game conference losing streak has them still tied for first place with the Wolverines, who won their last game on the road at the Barn vs. Minnesota. The Spartans’ big problem is depth, which wasn’t the case at the beginning of the season

They’ve been hit with the highly contagious injury bug. Losing guard Joshua Langford and center Nick Ward leaves 30 points on the bench, which is valuable scoring for a team that is one of the highest scoring teams in the country.

All of these injuries leave it up to one man carrying the load, and that is star point guard Cassius Winston.

Winston, the junior from Detroit has many flashes of Magic Johnson in his game. Always keeping his head up to look for open shots and taking it to the rim himself when there’s no better options.

This was shown in Wednesday’s matchup with Rutgers. Winston brought the green and white squad back from an 11-point second half deficit, scoring 28 points on the night.

Winston will match up with junior guard Zavier Simpson, who has a highly effective hook shot that causes trouble for even tall defenders.

Ward was a force in the post that will be missed for the rest of the season. With sophomore forward and Grand Rapids native Xavier Tillman being inexperienced, having his second start being against Michigan big man John Teske will be a tough test.

Adjusting to a new rotation that brings in Thomas Kithier will take time, which will affect the game drastically.

It’s said that home court is important in the Big Ten. Crisler Center in Ann Arbor is a hostile environment for any team challenging the Wolverines. This in my opinion, will turn out to be the difference in this game.

However, with vulnerable defense by Michigan in the final few minutes, Sparty takes the game with a valiant effort and clutch 3-point shot from Kenny Goins.

SCORE PREDICTION: 62-60 Michigan State on 10-2 run in the waning minutes of the game.

Despite its intentions, technology is getting out of hand

Humans have always been motivated to advance and grow the functions of technology in our world. However, I believe it has come to the point where ...

As I look through my closet, I wonder what I’ll choose to wear for the next day. As I do that, I think “should I wear this or that?” Clothes...

The one and only former One Direction star Harry Styles released a new album on Dec. 13 called “Fine Line.” Not only is Styles divine looking, but...

This weekend on one of my frequent commutes around town, I decided to make a quick side stop to Burger King to get a taste of the new Impossible Whopp... 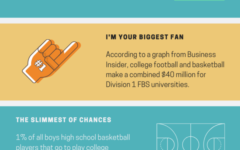 It pays to play 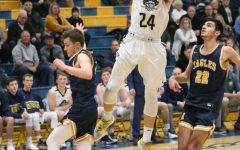 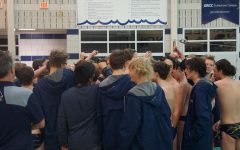 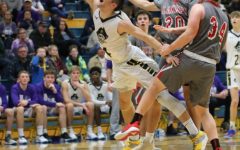 During halftime of each boys' varsity basketball game, students swarm onto the court with a dollar in hand in hopes to have a chance at a halfcourt sh... 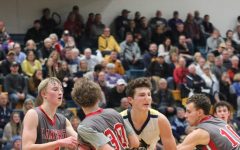