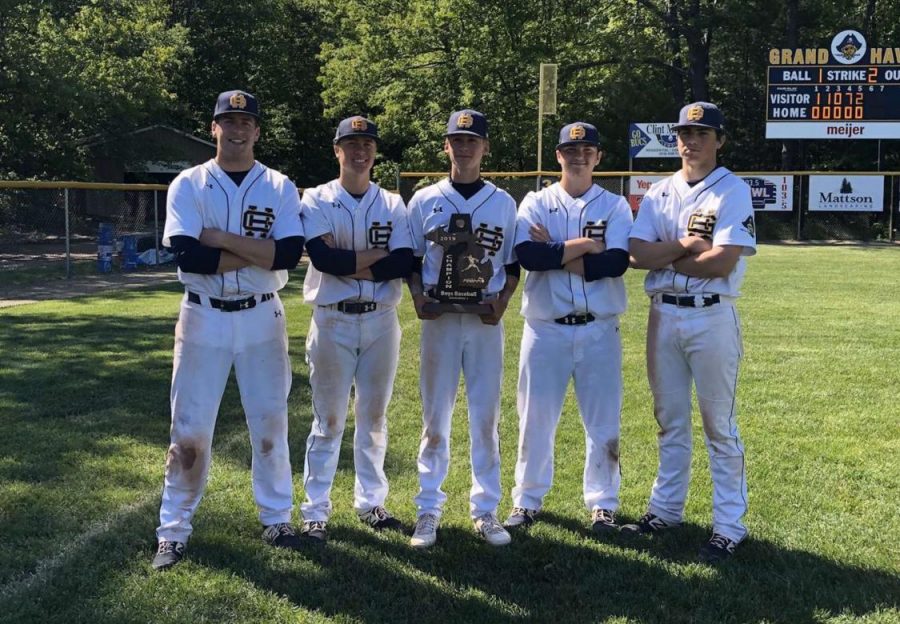 When baseball seniors Alex Kapala and Owen Krizan walked off the field last year they never imagined it’d be their last. The news of their season ending so abruptly hit them both pretty hard.

“I was in shock,” Krizan said. “It was definitely hard to understand everything and put it all together; it just seemed like a really bad dream. I had hoped one day all of this would just go away and I was going to get to play again, but it didn’t.”

“I was in denial,” Kapala said. “I was like, ‘there’s no way they can do this.’ I was just hoping the situation would get better, but then a couple days later I got a memory notification from our first home game a year ago, and it all came down on me then. It was tough.”

Boys baseball was one of 11 spring sports cancelled this year by the Michigan High School Athletic Association affecting hundreds of spring sports athletes in Grand Haven and around the state. This year’s senior lineup would have also included Tyler Harp, Caleb King and Connor Worthington. Senior athletes, particularly, have been hit hard with the prospects this lockdown entails.

“We worked our tails off for this, and to see everything just go away like this is hard,” Krizan said. “I don’t even miss the games, I miss the practices and being with the guys and the jokes and conversations. It’s the family-like bond that’s really what I miss the most.”

That family-like bond is significant to the boys on the team. Kapala spoke of that bond as well.

“Don’t take it for granted,” Kapala said. “There isn’t anything I’d give for just one more practice, or to be out there and just goof around.”

To Kapala and Krizan, the greatest takeaway for them is the bond they developed with their teammates; it’s something they carry with them off the field. Krizan’s biggest tip?

“Take it all in and live it up because it’s only as fun as you make it,” Krizan said. “The last three years we’ve played it’s been fun because we made it fun. It’s about the things you do outside the game that strengthens the connection between everyone. That’s really what makes it fun.”