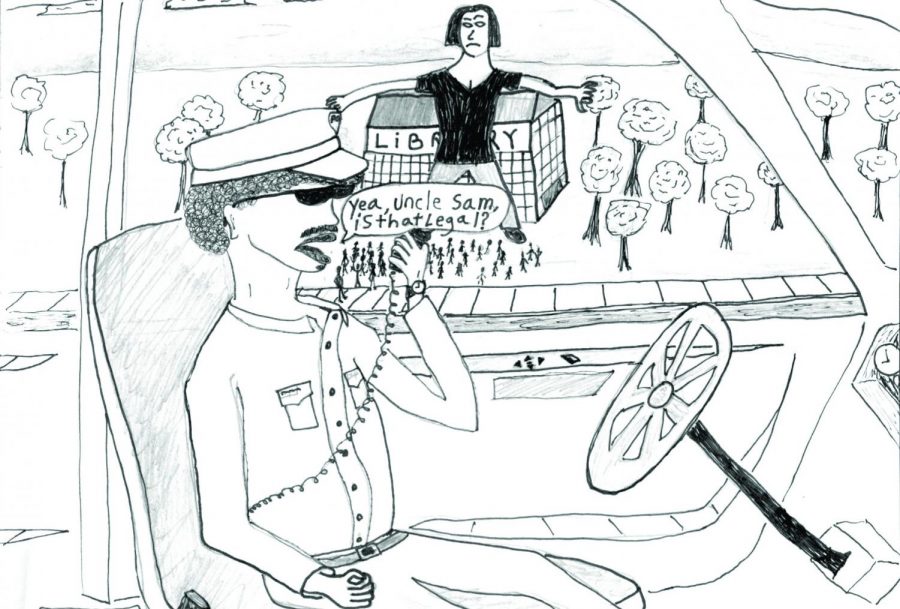 Throughout history, people have sought to silence others whose opinions and perspectives they disagree with.

If there is one lesson we can learn, it is that perspectives should be valued. But right here in Grand Haven, a parent group believes otherwise.

This group goes by the name “Grand Haven Conservative Parents” on Facebook and is known for its often boisterous opinions. This occasion is no different.

Parent and community member, Jennifer Stuppy, brought the group’s complaints before the school board in January as a representative of the group. She outlined an argument requesting the board create a policy of restricting student access to obscene content in books.

According to Stuppy, this policy could include placing books, like the ones she brought before the board, behind the counter and could only be accessed by students with a parental permission slip.

There’s just one issue here: when Stuppy presented a list of books to the school board that she recommended be placed under lock and key, that list only contained books with LGBTQ storylines.

It should be noted that we have read books from school libraries that didn’t make the list, but do contain sexually explicit scenes and themes. However, is it really about the content? Or a symptom of an underlying bias against non-heteronormative relationships being portrayed in literature?

Without a doubt, it’s the latter. And that’s a problem.

This policy would undermine the purpose of media specialists. The librarians in Grand Haven are trained professionals and adequately curate age-appropriate literature for students. They ought to be allowed to do their job.

It is ludicrous to suggest that a small group of helicopter parents could inhibit other students’ pursuit of knowledge by dictating what is appropriate for all students. If librarians are not allowed to curate their shelves with books that provide a wide variety of perspectives, then the education system is not serving its purpose. In fact, that would contradict its principles and foster ignorance.

So how do you satisfy a parent group’s slanted demands alongside the need for students to have access to different perspectives?

To Stuppy and the Conservative Parents of Grand Haven, if you wish for your child to miss out on opportunities to learn about other perspectives, then have at it. We condemn your actions but respect your right to parent your child. Just don’t demand that other students be robbed of an education because you don’t enjoy the nature of these titles.

And to GHAPS, do not cave to the whims of a parent group that pretends to speak for the moral authority. Instead, stand up for students and make them believe their educators are fighting for them. 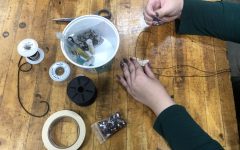 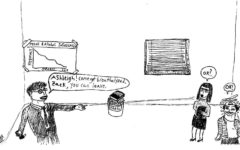