Welcome (back) to the Pirate’s Pit

For 46 years, the Buccaneer basketball team called the small gym on 900 Cutler St. home, on Feb. 5 the Bucs return to face Hudsonville 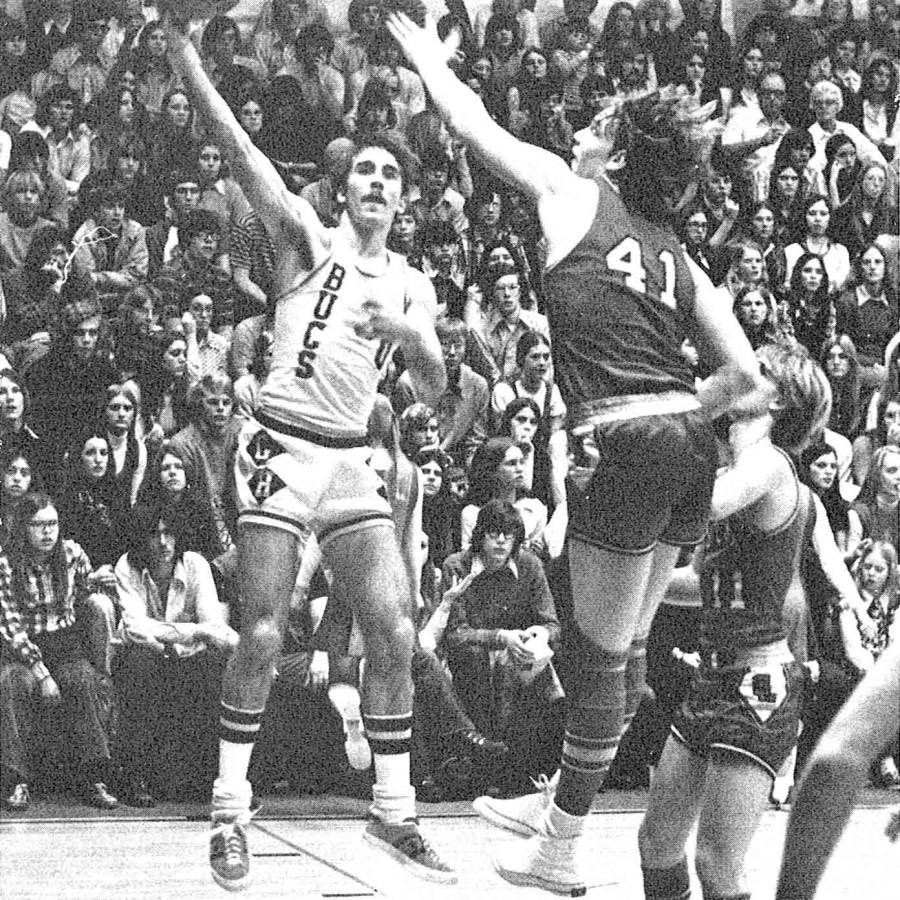 Courtesy of the GHHS Blue and Gold yearbook

Gary Speer of the 1972-73 Buccaneer basketball team looks to make a pass at a game in the Pirate’s Pit. The team played at the Pit, now the Lakeshore Middle School gym, from 1953-97.

“Yes that is the winning team!” thunders the student section, the sound reverberating through the small gym as a couple hundred of students point toward the Bucs’ bench. The year is 1995, and the Bucs are about to win their eighth straight game. The gymnasium is small and musty, yet electric and alive with sound. Visiting teams dread playing there, if they’re not getting jeered at by the student section, then it’s probably too loud for players to hear their own thoughts.

The fall of 1953 was the first time that students attended the new high school, now Lakeshore Middle School, at 900 Cutler Street . On December 11, 1953, 1,100 people watched the Buccaneers lose 40-37 to Benton Harbor, the first varsity game in the new basketball arena where, according to the Grand Haven Tribune the following day, “For the first time in years you could get a seat.”

For the next decade and a half, losing results like that one in the new gymnasium weren’t uncommon; Grand Haven’s basketball teams were mostly mediocre, and the gym wasn’t regularly filled to capacity.
The rest is history. In the summer of 1969, Al Schaffer was hired by the district as a high school math teacher- and the new varsity basketball coach. In December of that year, the Bucs snapped a 23-game conference losing streak. The 1972-73 Bucs went 11-11, matching the highest win total for a Buccaneer basketball team in 15 years.

The teams were getting better, and so was the gym itself. By the mid-1970s, the east walls of the gym were knocked down to create room for more seating. At about the same time, when people were referring to the gym as “a pit” (as in armpit), Schaffer dubbed the name “The Pirate’s Pit”, and had “Welcome to the Pirate’s Pit” painted in large letters on the west wall of the gymnasium, a mural that still stands today.

The Grand Haven basketball program was being revitalized, and it didn’t go unnoticed by the community. People started to show up for games in huge numbers unlike ever before. The fans, who in the small gym were seated (or standing) close to the floor, were louder than ever. The Pit became a frenzy.

Under the direction of the newly-hired Craig Flahive, the pep band began to play at every home game, and remained for the game’s entirety (Previously, the pep band only made appearances on Friday nights, and typically dispersed after playing the national anthem). The exciting band, which many remember for its renditions of “Proud Mary”, became a rallying point for the boisterous crowds, cheerleaders, and the winning home basketball teams. All of these meshed together to create the electric atmosphere of The Pit- which remained the focal point of the community on Tuesday and Friday nights for years to follow.

“‘It was a great place to play and an even better place to coach,’” Schaffer told the Grand Haven Tribune in 1997. “‘The atmosphere, the noise. The best place to be in the Tri-Cities on a Friday night was right there in the Pit.’”

Many took pride in the fact that the Pit was one of the toughest arenas in the state to play in; people often lined up for tickets hours before games. Kids in Grand Haven dreamed of one day playing in front of the crowd at the Pit.
1995 graduate JP Huntington, who grew up 2 blocks away from the high school, remembers his aspirations of playing in the Pit.

“It was something you always wanted to do,” Huntington said. “You got to sit there and feel how exciting it was, and you always looked up to the players too, because you knew them from summer camps and things.”

Though the school and gym were becoming old and worn-down by the 1990s, people’s love for the Pit only grew. Huntington went on to score 1,406 career points at Grand Haven, the school’s all-time scoring record.

“You never had a problem getting pumped up for a game,” Huntington said. “When you were down in the locker room, you could hear the floor shaking from the fans up there. It was an event. You were very excited and pumped up for every game.”

A new Grand Haven High School building, including a 3,200-seat arena, was completed in 1997. After the 1996-97 season, the Pirate’s Pit became a memory, lodged in the hearts of all players and fans who it touched.

“I had some tremendous, tremendous young men play for me,” Schaffer said. “I think of those guys all the time. It was special. I loved my 18 years in Grand Haven. The Pit became just really really important in the lives of Buccaneers, including me. It’s very special, and I’m excited that they’re having another game there.”

The Bucs returned to the Pit once to face Jenison in 2007, after a power outage at the high school. Since then, basketball games at the Pit have been limited to middle school play- the gym’s 84-foot court length is too short per state athletic rules.

On Feb. 5, the Bucs will return to the Pirate’s Pit to face Hudsonville, marking just the second time a varsity game has been played in the historic arena in over 18 years. Schaffer won’t be on his feet nor coaching the Bucs, and JP Huntington won’t take over the game in the fourth quarter. Still, the Pit’s electric atmosphere will be resurrected, and for one more time, “Hail to the Blue & Gold” will echo through the tiny gym and the halls of that old place at 900 Cutler. 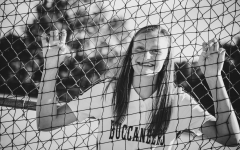 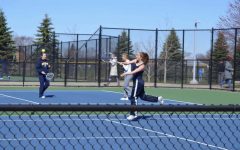 Girls tennis canceled due to COVID-19 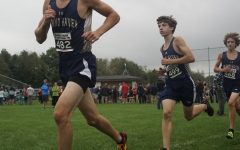 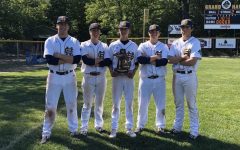 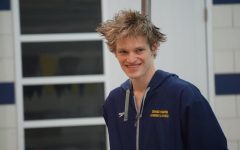 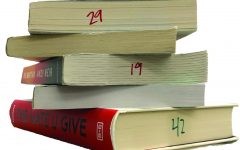 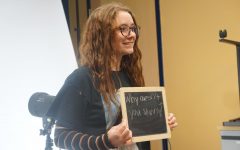 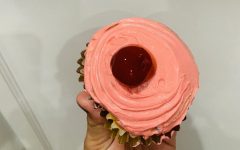 Learn how to make the perfect Valentine’s dessert