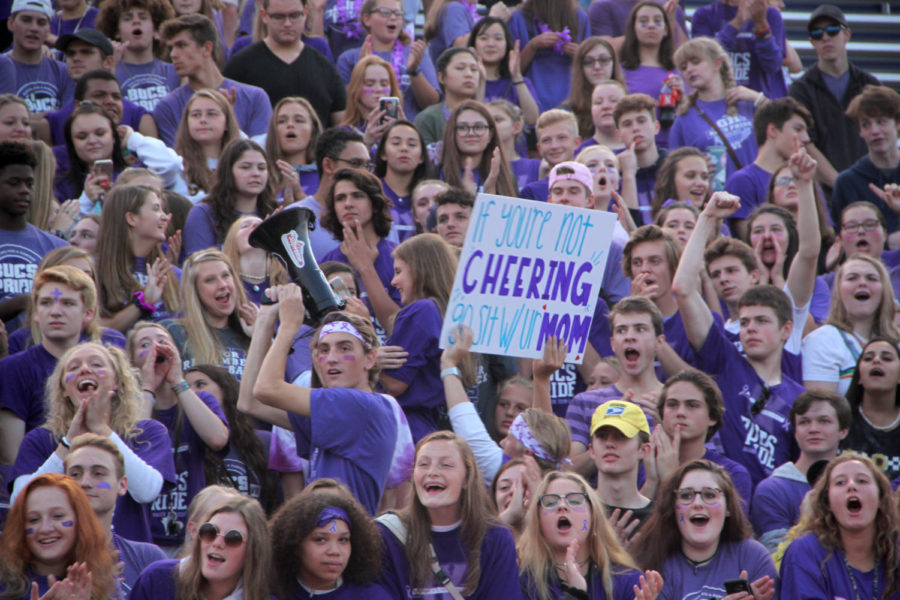 Leaders try to engage all members of the section. Senior Carter Prieditis holds a sign letting students know what they’re all about. “The section’s purpose is to encourage the players, especially when they need it the most,” Bremmer said. “But also to show some spirit, show some student pride, and kind of just let the opposing team know what we’re all about.”

Year after year, the student section is the source of energy and excitement for our football, soccer, basketball, and numerous other sports teams.

They show up and bring the heat. They’re the ones who stomp their feet on the North side of the bleachers every game, they’re the ones shouting (and occasionally heckling) but they’re also the ones ultimately responsible for much of our school’s spirit and pride.

This year, section leaders and seniors Daniel Bremmer and Carter Prieditis have worked hard to engage the crowd in new chants and hopefully in cheering the Bucs to victory.

“The school camaraderie and being able to travel as a group is pretty cool,” Prieditis said. “Coming together as a group even when we’re not in Grand Haven is awesome to have that kind of community.”

That community is what Bremmer and Prieditis have been tasked with preserving since they were awarded the title of section leader by last year’s leaders Jack Reus, Chris Hudson and Max Sepeshey.

But it’s not a “job”. They don’t view it as a task they must accomplish, it’s just fun for them.

“The atmosphere at the games and getting people excited about the game and cheering super loud is just so fun,” student section leader Daniel Bremmer said. “We’re here to have fun, we’re here to have a great time, but we’re also here to encourage our players to do better and make sure they’re having fun as well as making sure that everyone in the section is having fun.”

Only a month and a half into school, Bremmer and Prieditis believe they’re doing a good job. With the help they’ve received from prominent members of the section, they feel like they’re really off to a good start. Bremmer mentioned senior Jaden King has been integral at soccer matches and getting a larger population of students to attend those games.

“I feel like it’s been a great season so far this year,” Bremmer said. “Especially for soccer, we’ve got a lot more people at home games now which is cool to see and the players appreciate it too. Football-wise, we’ve had great attendance so far. We’ve thrown in some new cheers and people have been catching on. But with all that, there’s always criticism and everything else.”

Criticism doesn’t just come from parents or other community members. Sometimes it comes from other members of the section itself. Notably, section member and senior Luke Deater who claims the section has a long way to go before it does its job properly. He believes people should come to the games to pay attention and support their team.

“I don’t really feel like the student section has done that great of a job this year,” Deater said. “There are a lot of people that aren’t interested in the game, they think it’s social hour, and I get it’s a fun time, but you need to be cheering for the team.”

Even members of the football team have begun to take notice at the lack of cheering.

“The size of our student section is amazing, I’m glad we have so many kids that show up,” Krizan said. “But I think kids come just to take pictures and to post on Instagram half the time, so that’s kinda frustrating. I also wish people would pay attention.”

“The size of our student section is amazing, I’m glad we have so many kids that show up,” Krizan said. “But I think kids come just to take pictures and to post on Instagram half the time, so that’s kinda frustrating. I also wish people would pay attention.””

This is a common criticism that’s been whirling around this year’s section. Committed cheerers wonder if the section will ever return to its “glory days.”

One of the things Bremmer dislikes most about the role of section leader is the criticism, but he accepts it as one of the responsibilities of the role.

“Getting yelled at is never fun,” Bremmer said. “I’ve gotten a few comments from parents, and usually it’s just ‘oh, you guys need to be louder’, ‘you guys need to do new cheers’, but it’s just something that comes with the responsibility I guess.”

He takes those suggestions lightly, and recognizes he cannot please everyone.

Senior and varsity quarterback Alex Kapala doesn’t think it’s just about the section itself. Whether you’re the loudest cheerer or the one with the most views on your story, he says it doesn’t matter.

“For me, as a player, it’s definitely a big confidence booster,” Kapala said. “The reassurance that you have people behind you, who support you, is big.” 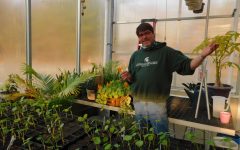 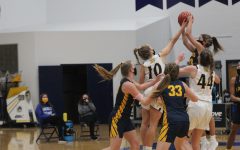 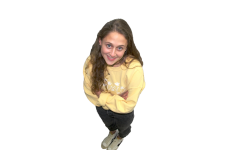 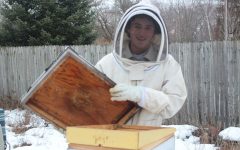 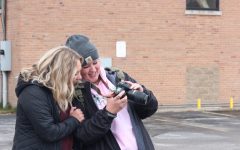 Junior Lexi Naperala uses photography to empower herself and others 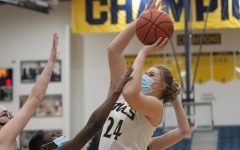 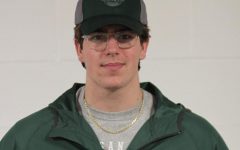 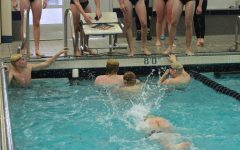 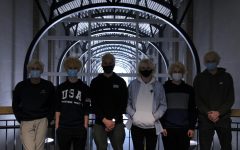